The idea of this libretto belongs to outstanding poet Ravil Bukharaev, who rendered great services to his motherland, his translation of masterpiece of the Golden Horde Poetry gave us the opportunity to read the works of great Tatar poets and understand the feelings and world outlook of our ancestors. His love for Kazan was great. About this love we learn from his poems written in Russian and books about Tatarstan written in English. His writings brought Tatar culture up to world standards. Due to his great work the same thing happened to Tatar literature and it could have happen to Tatar Opera if not for his death in January 2012. A few month before there was a lot talking among men of letters of Tatarstan about his collaboration with some orchestra, about his consent to write a libretto of the opera » Ak Bure» ( The White Wolf) and even its opening night in summer 2012. It was clear that this would be a great event not only for Tatarstan; it would also bring Tatar Opera to the world level. All of us had been waiting for this summer to see the first night of the opera, but on 24 January 2012  Ravil Bukharaev died in London from a heart attack. But, perhaps, on the eve, he talked about this libretto with Lydia Grigorieva after coming back from London Royal Opera. Despite serious heart problems, Bukharaev continued working on the libretto. It was a brilliant feat in the name of Tatar culture and of the entire Tatar folk!

His work found a worthy successor in the face of his widow, who completed the work in March, several months after his death. Because it was his will and no one else could do it better than Lydia. She did it with dignity, being guided by his dramatic development and philosophical concepts written in the margins of the unfinished manuscript. In translation from Tatar the phrase » Ak Bure» means » a white wolf».

In Russian traditional mythology, the white wolf is a symbol of truth. He comes to the aid of those who are pure in heart and it is no coincidence. Only a person with pure mind resists the temptation to sin and tarnish his name. In the libretto of the opera » Ak Bure» we learn about the heroism of the Kazan Tsarevitch who saves his mother from the evil spell of  monster Div Peri. To understand the nature of this heroism, firstly, we need to talk about Tsarevich’s cruel enemy. Probably you already know the story of David and Goliath. Goliath was a terrible giant, and no one could defeat him. Many soldiers perished in the war on the battlefield until young David appeared before the beast. The pure heart of a boy and a sincere prayer to God helped him to do the impossible: without being a professional soldier David defeated the monster! Perhaps, the similar feat was accomplished by Tsarevich! This time a new David has no stone and sling, but a white wolf instead. But let’s return to the Div and try to understand the situation described in the opera!

The word » div» describes different supernatural creatures found in Iranian, Slavic, Turkic, Tatar, Azerbaijan mythologies and means «an evil spirit». Usually in fairy tales a dive seems a tall, strong, stupid creature, sometimes depicted with small horns. In many legends we can read about cases of women abduction for the purpose of cohabitation. Perhaps, «Ak Bure» is not an exception. As we know from the first scene of the libretto, Div Peri adducts the Tsarina of Kazan. This is the great misfortune for the whole country, because it is equal to stealing the Hope for peaceful life and unshadow future of Tatar People. For the Tsar’s life seems worthless without his wife. In the first scene of the opera we hear the pathetic duo of the Tsar and Tsarina, who appears as a vision. They recall about their lost happiness and deathless love. But in the prologue there is the confrontation between the Div-monster and the chorus. The dives sings about fear and darkness, the chorus sings about light and expresses the unanimous wish of the folk. Tatar people want their empress back. Her return could bring them happiness and give hope for better future.

The div gets angry and sings «No! No!». For him light and darkness are incompatible things. Darkness is the symbol of the evil, Light is the symbol of the Good. Darkness reigns in the hell and Light reigns in Heaven. If Light comes, it will kill the satanic host. This is what scares the Div. Unlike Goliath, in the character of Div there is a certain duality. Remember that he is called Div Peri. The word «peri» in Iranian mythology means «a good magical creature looking like a beautiful winged woman, who protects people from evil spirits». The main feature of Div Peri character is duplicity. In the first act of the opera he looks like a monster, but in the second one he turns into a beautiful woman who tries to seduce Tsarevich and demands the heart of his mother as a love-token. At first Tsarevich is enchanted by girl’s singing, he finds her beautiful and forgets for a moment his duty to save his mother. But the words » give me mother’s heart; your mother’s heart” produces a «sobering effect» on him. He rejects the girl, and she turns into the div again. But what’s about the white wolf?

As I’ve told you before, the white wolf in Russian mythology is the symbol of truth. In Tatar mythology Ak Bure is a symbol of unity, nature and the Will of the Almighty. The wolf is the host of the forest where Tsarevich comes. Everyone who shatters the calm of the forest and make caustic remarks should be punished. This was the Fate of Tsarevich’s brothers. They were punished for their hypocrisy. The white wolf turned them into trees. Their weeping is heard among the leaves. The appearance of the wolf is accompanied by Prayer to the Almighty .He sings about the unity, truth and love for nature. He is the keeper of the nature; its savor.Tsarevich makes excuses for shattering the calm of nature. He asked the wolf to forgive his brothers and turn them into people. The wolf gives them the opportunity to change their life. The wolf knows the story about Tsarina’s disappearance. He decides to help the young man to defeat the monster. After the scene of Div’s turning into a Peri and into a Div again, begins the duel between Tsarevich and the beast. The Div tries to intimidate the young man, but the mother’s love and prayer gives him strength. Suddenly, a thunderstorm erupted. When the monster holds the sword above the head of the boy, the White Wolf’s Prayer is heard through thunder. The monster falls down dead struck by lightning. The opera ends happily, with the trio of White the Wolf, the Tsar and his wife. All evil overcome by, all sorrows forgotten. Let the star of Love keep shinning in the sky all through Eternity! 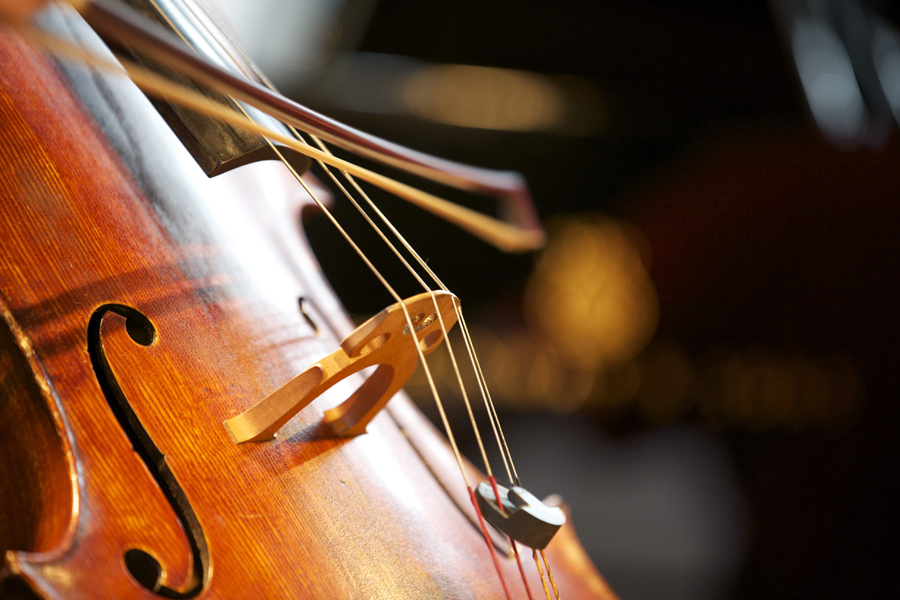